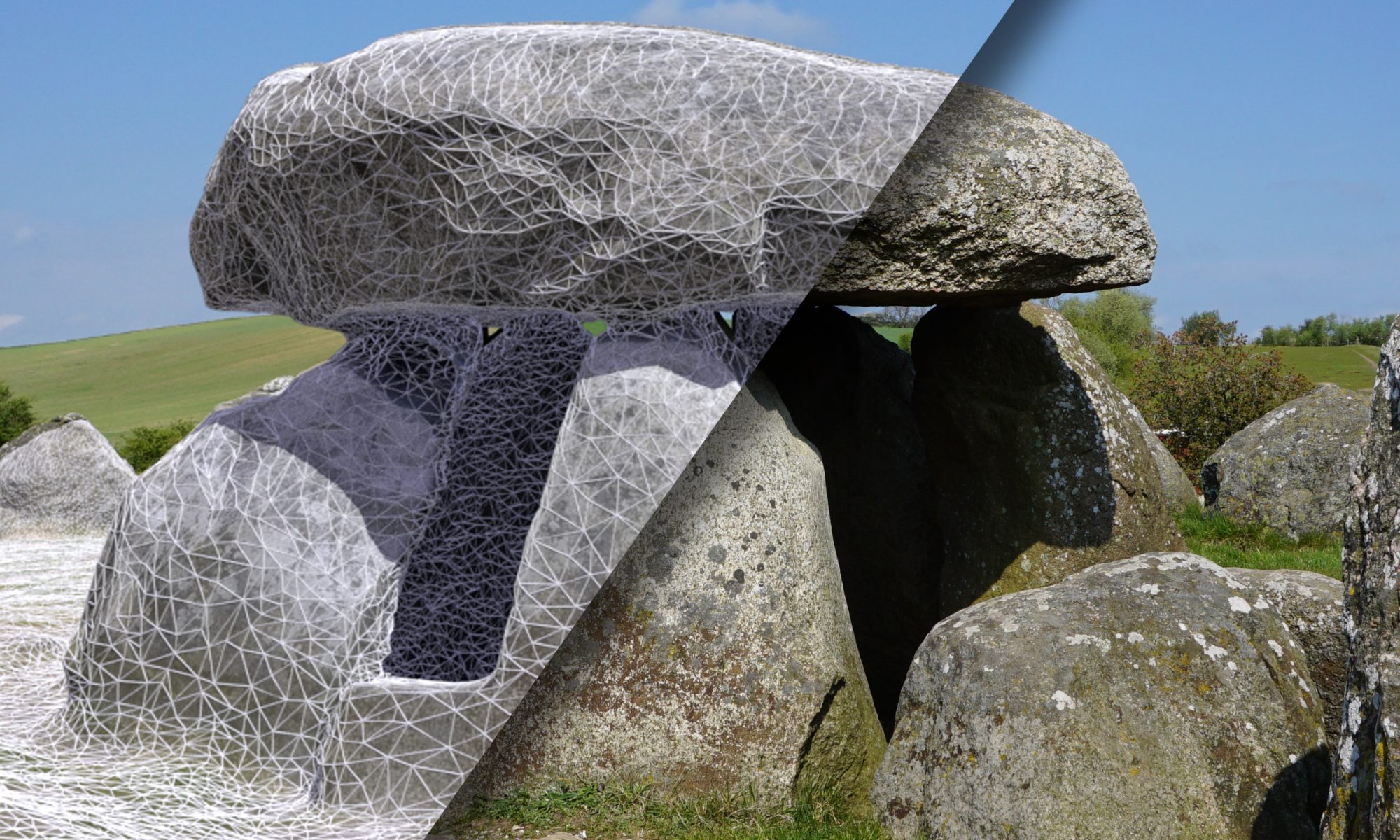 Since the turn of the century, Archaeological IT has been responsible for the digital field recording and archaeological documentation at several Danish large-scale archaeological research projects such as; Skelhøj, Jelling and Alken Enge. All of these projects are based on extensive use of digital photogrammetry as opposed to traditional hand drawings.

The excavations of the Bronze Age burial mound Skelhøj (2002-2005) where our first subject for systematic image rectification, using digital technology based on pixel interpolation by means of measured control points and oblique imagery.

Concurrently, we implemented an excavation methodology combining separate imaging series for ‘observation’ and ‘interpretation’ to assist and augment the digital equivalent of a traditional recording scheme. During the Jelling Project 2009-2013, where we further developed the methodology as we documented the remnants of Viking King Harald Bluetooth’s buildings, as well as most of the surrounding Viking Age palisade.

By 2008 the apparent limitations inherent to the continued use of a two dimensional field recording methodology, lead Archaeological IT to begin experimentation on 3D photo documentation. We started off by testing the possibilities of digital stereo photogrammetry, but soon chose the path of Structure From Motion (SfM) instead.

The principles behind SfM are based on the movement of a camera to calculate world geometry. It is an often used technology, for instance by the movie industry, for motion capture and in combining CGI with live photography.

By thoroughly photographing an archaeological excavation from every possible angle, the software is capable of automatically comparing each photo for identical points or features, and thus calculate how the camera or observer has moved between two frames. In turn, the geometry of these points can also be calculated, by rules of parallax, resulting in a point cloud.
These point clouds are often superior to traditional laser scanning, as the colours from each individual point is normalised and stored along with the point cloud. Furthermore, by taking photos from several angles, the entire scene is covered in one go. A laser scanner will often require several setups to cover obstructed parts of the scene. The point clouds can be georeferenced using measured fix points and converted into textured meshes and orthophotos, for vectorisation in GIS.

Structure From Motion has been used extensively in Alken Enge, where every documentation level has been documented in 3D. The method is especially suited for this kind of archaeological object as the complex nature of wood and human bones in an old bog is very hard to reduce to a two dimensional representation. In combination with the Event-based Documentation Principles, it is a very powerful and efficient way of doing archaeological documentation.

Archaeological IT has made several presentations on 3D documentation/SfM techniques and offers training for archaeology students as well as professional archaeologists.

Furthermore, Archaeological IT has access to High Performance Computing facilities, and we offer solutions for museums and researcher who are in need of rapid 3D model or orthophoto generation.

Please contact us, for more information on how we may assist you in 3D photogrammetry.

Four human pelvic bones from Alken Enge, where human and animal remains have been sacrificed during the early Iron age